The announcement by Congressman Pearce of his decision to join the race for Governor was of little surprise to GOP insiders. His listening tour of the state in the late spring/early summer this year reinforced what the Congressman wanted to hear: “Run, Steve, run! All Republicans will get behind you!” Which is undoubtedly true – his solid conservative credentials make his path to winning the primary all but certain; the general election however is a completely different story. This groupthink encouraging him to run perpetuates Pearce’s largest weakness: is he too conservative to win a statewide race in a blue leaning state? His last statewide race, admittedly during peak Obama, had a 22.6 point spread.

With his official announcement Pearce has also thrown the 2018 GOP primaries of many down ballot races into a feeding frenzy. Here we will take an honest look into the 2018 Governor’s race as well as a few down ballot GOP primary races that are impacted by Pearce’s decision to run for Governor.

The Race to the Governor’s Mansion

On the Dem side Michelle Lujan Grisham is the current frontrunner but with former New Mexico Governor Jerry Apodaca’s son Jeff’s fundraising ability and Joseph Cervantes’ personal wealth the race is far from over. There are a couple of obvious reasons why winning the Democratic primary for Governor in ’18 is so highly sought after. First, Democrats outnumber Republicans 47 to 31 percent, so for any Republican to win statewide office they must win crossover support from independents and soft Dem voters. Second, after eight years of Republican Governor Susana Martinez voters seem ready for a change in Santa Fe: a left of center polling firm found that 43% of voters approved of the job Martinez is doing, dropping from 50% last September.

Given these distinct disadvantages for Republicans, what upside prompted Pearce to run? There are a few.

His confidence was clearly boosted by a poll he commissioned that showed him losing a hypothetical matchup with Lujan by only four points, though one could argue such an early poll is more of a name ID reveal given that the Dems’ long file of oppo research and Pearce’s voting history makes Democratic ad makers giddy for the opportunity to produce some hard hitting attack ads. The liberal blog Daily Kos gave a little preview of that when they couldn’t help themselves in criticizing him for citing the Bible in his 2013 memoir.

Pearce also has long had the support of the GOP donor class from the oil-rich “Little Texas” part of southeastern New Mexico. Combined with his well-established D.C. connections fundraising will not be an issue for him.

It is also worth mentioning that his retail-style of politicking has improved considerably since his Senate run in ’08, so certainly he sees himself a stronger and more formidable candidate than the one that lost to Udall a decade ago. Based on conversations with Republicans across New Mexico it seems this is a significant reason for the general optimism for his candidacy; his general demeanor is much more statesmanlike and he simply “looks the part” more than ever.

At this point it is almost certain no other Republican will jump in the race for Governor so Pearce will be able to save the majority of his campaign resources for the general election (the considerable resources available to the leading three Democratic candidates makes it likely the Democratic primary will be an expensive endeavor no matter who ends up on top).

State Land Commissioner Aubrey Dunn had previously mentioned interest in the race but with Pearce in he has confirmed he will support Pearce’s gubernatorial campaign. Dunn has announced that next Tuesday he will make his intentions known on whether he plans to run for reelection, the Public Regulation Commission seat being vacated by Pat Lyons, or Pearce’s old Congressional seat (Dunn previously ran in the Republican primary for CD-2 in 2008 but lost to Ed Tinsley, who when on to lose to Harry Teague in the general election).

Lieutenant Governor John Sanchez is also expected to let Pearce run unchallenged in his run for Governor. Albuquerque Mayor Richard Berry is continuously mentioned as a possible candidate but his mention is pro forma at this point. A potential wildcard that could have an impact on the race is former Governor Gary Johnson who is rumored to be weighing a bid, though if he ran it is unlikely he would run as a Republican. Whether he runs as Libertarian or Republican will be the biggest question for his potential candidacy.

Senator Martin Heinrich is up for reelection for the first time since being elected in 2012 and so far only businessman Mick Rich, who has never run for office, has stepped up to challenge him. Traditionally the first reelection is when incumbents are at their weakest, so unless the GOP finds a more experienced campaigner to jump in we might be seeing Senator Martin Heinrich in D.C. for a long time.

Senator Heinrich moved out of New Mexico and has been living fulltime with his family in D.C. less than a year after taking office and has been pumping up his liberal bona fides for some time now.

At last count there are seven Democrats vying to replace Lujan in NM CD-1, with former state Representative Janice Arnold Jones and Albuquerque immigration lawyer Michael Hendricks running in the Republican primary for the seat the GOP last won in 2006. With Pearce predicted to be left unchallenged to take on the Democratic primary winner, will this draw any top tier Republican candidate such as Lieutenant Governor John Sanchez? Stay tuned. So far a potential candidate, Representative Monica Youngblood, has confirmed that she will not be running.

The closest Republicans have come to taking back the seat was during the 2010 midterm elections when Jon Barela lost to Martin Heinrich by less than four points.

Pearce’s decision leaves the Southern Congressional district wide open and so far four Democrats have announced their intentions to run, although none of them are considered top tier. On the GOP side Representative Yvette Herrell has announced that she is running for the seat and state Senator Cliff Pirtle told the Roswell Daily Record last month he was considering it. Pirtle confirmed with the New Mexico Politico he and his family are strongly considering a CD-2 run. Will Jay McCleskey, who helped Pirtle defeat Senate President Tim Jennings, be involved in this post Susana campaign?

Congressman Steve Pearce won his last reelection in 2016 by over 25 points but some think the district is ripe for a Democratic pickup since the district is heavily Hispanic – they make up 47% of the district’s population. The path to victory for a successful Dem candidate includes minimizing GOP victory margins in “Little Texas” and trying to maximize winning margins everywhere else including the Democratic bastion of Las Cruces.

Editor-in-Chief Aaron Henry Diaz contributed to this report. David Clements is a current News Editor for the New Mexico Politico.

Dax is the Digital Director, Editor, and contributor for The New Mexico Politico. He has worked in government affairs, data analytics, and public relations for over 15 years and has a BBA and MS from New Mexico State University with a background in Finance and Industrial Engineering. He works as a system engineer while freelancing as a political strategist.
2020 Elections, GOP, News, Political Strategy

Key Takeaways from the 2019 New Mexico… 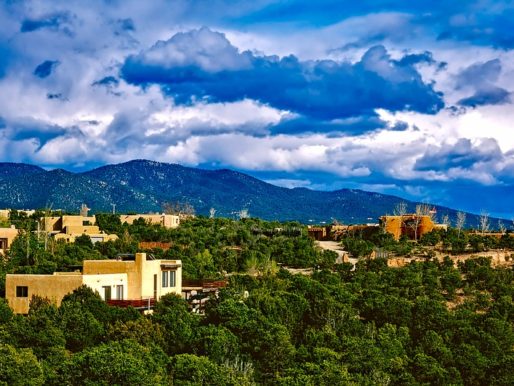